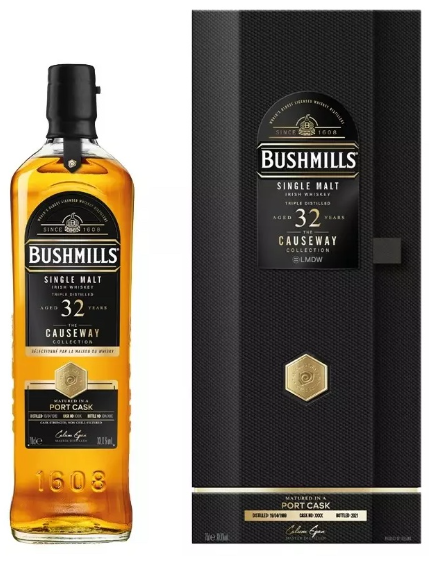 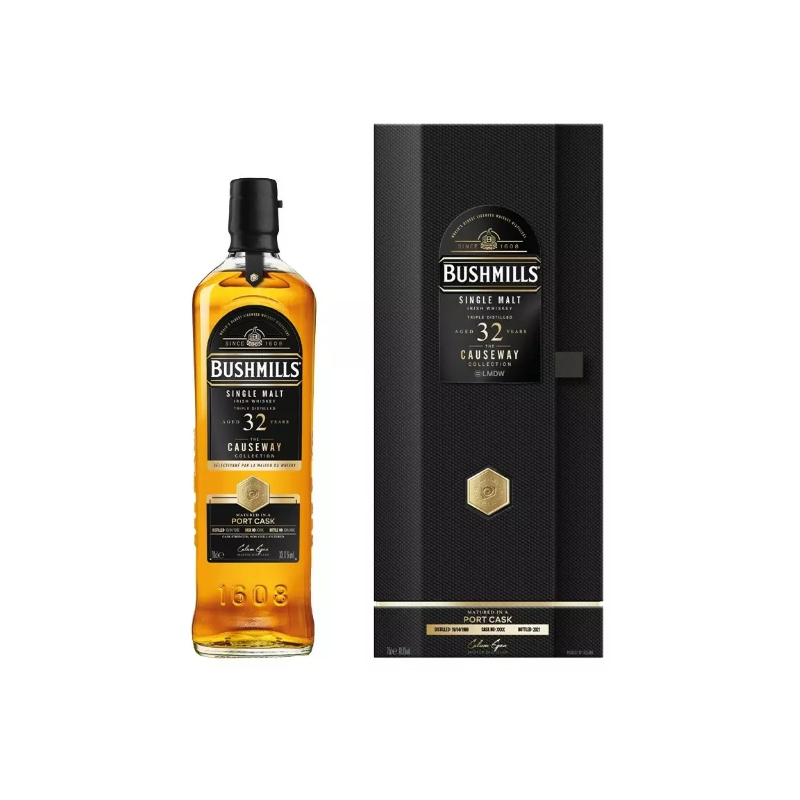 Cask #6095 is the oldest cask of the Bushmills distillery. It is an old Port cask, which brings to the whiky notes of caramel, salted butter and sweet spices but still keeps a great freshness.

Bushmills is a distillery located in Northern Ireland whose origins go back more than 400 years. It is considered as the oldest distillery in the world.

In 1923, it was bought by an Irish merchant, Samuel Boyd, and then became a subsidiary of Diageo at the end of the 90s.

Bushmills buys barrels in the 4 corners of the world: United States, France, Andalusia, Portugal, Sicily and the Caribbean. This diversity allows to elaborate singular Irish whiskies.