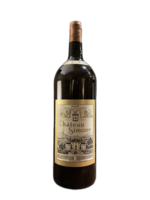 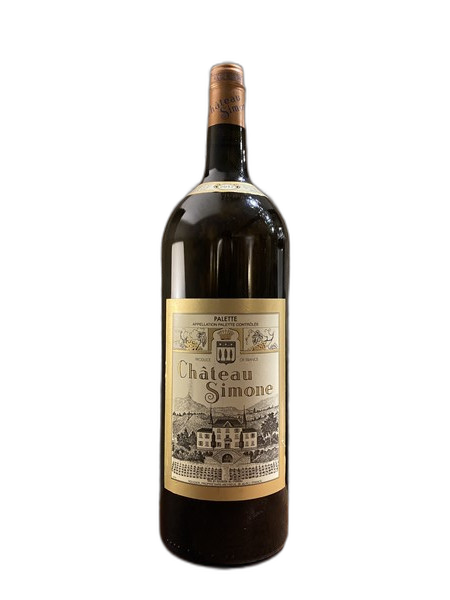 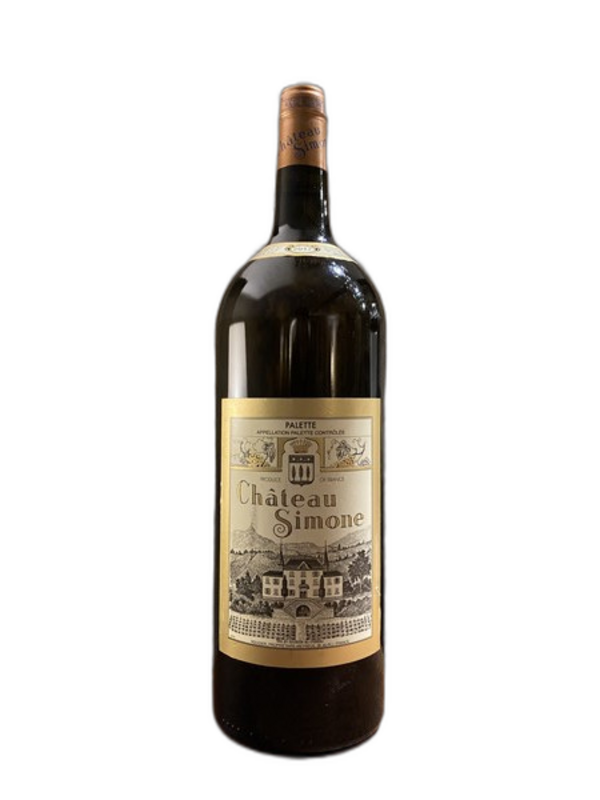 The manual harvest takes place when the grapes reach optimal maturity. The grapes are sorted and fermented. The wine is aged in small oak barrels for 18 months, including 6 months on fine lees. The wine is then aged in barrels for one year before bottling.

The fruity and floral notes are dazzling. A touch of wood brings fatness and amplitude.

The ageing potential is remarkable.

Palette is a very small appellation (about 50 hectares) which includes only 3 estates: Château Henri Bonneau, Château Crémade and Château Simone, the most famous. The limestone soils are very particular and give birth to very qualitative wines.

Château Simone, located 4 km from Aix-en-Provence, has belonged to the Rougier family since 1830. Jean Rougier, 4th generation at the head of the Château, in the 50's, greatly participated in the creation of the AOC. Before being extended to the same limestone soils, the Palette appellation was originally a specific appellation "Château Simone AOC".

René, his son, and Jean-François, his grandson, have now taken over from this tireless worker.

The white wines of Château Simone are now among the great French whites.