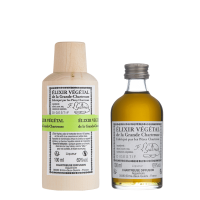 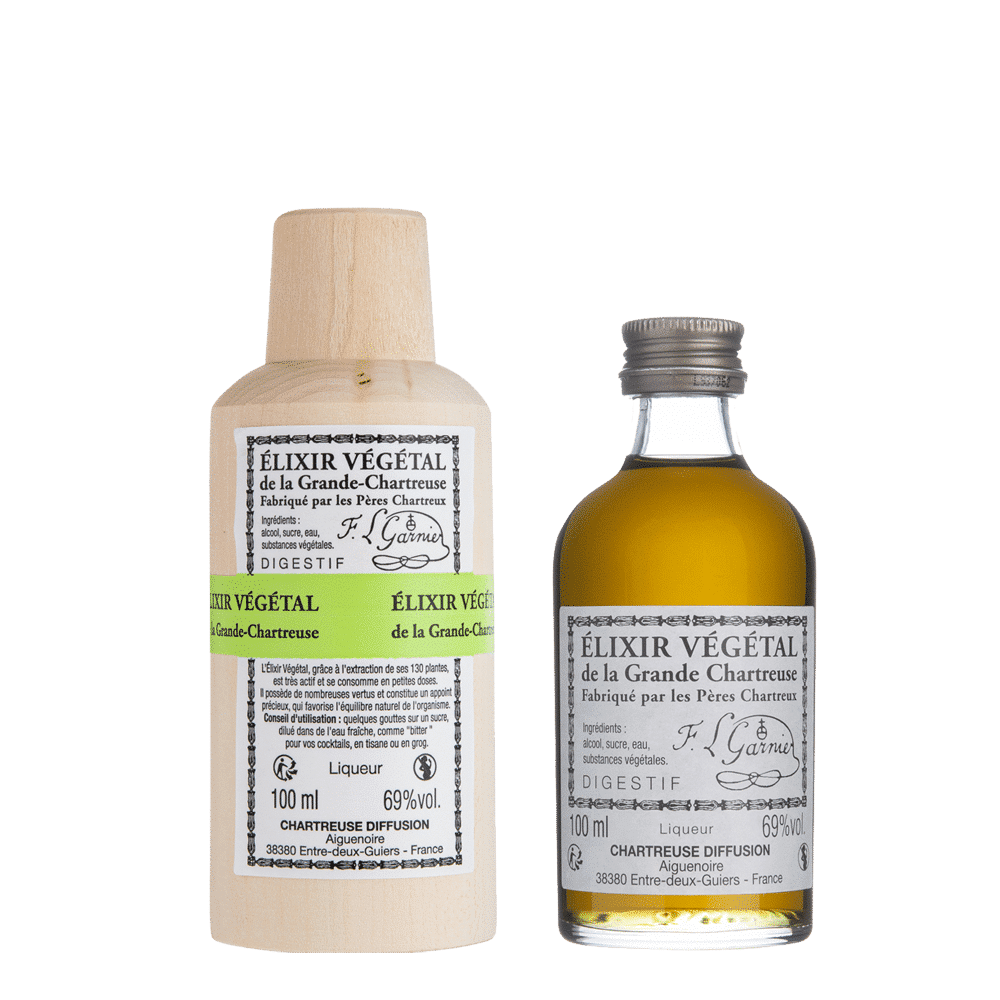 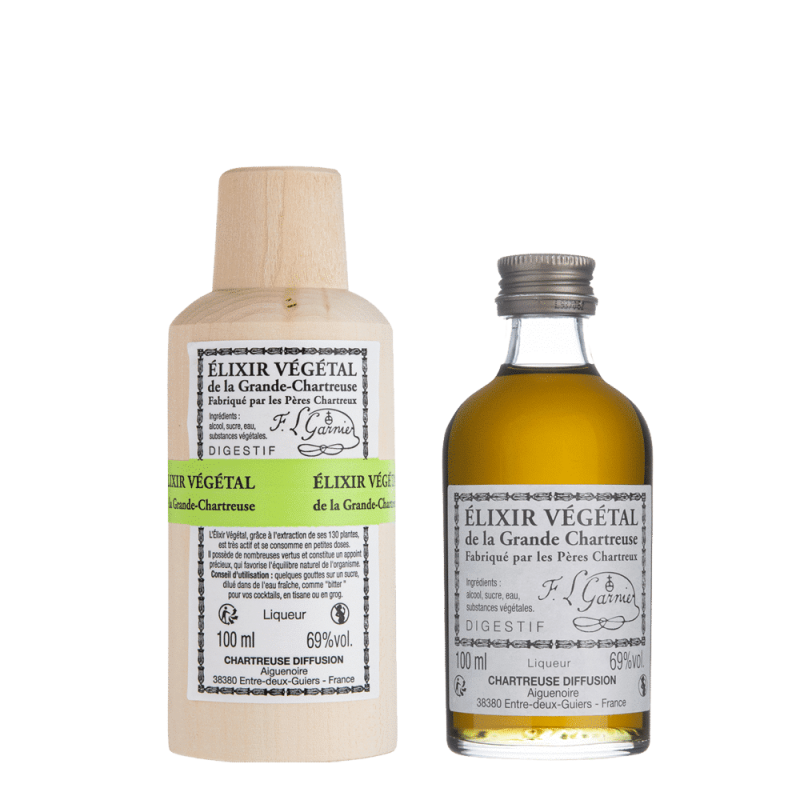 L'Élixir Végétal is elaborated in several weeks, with 130 plants, barks, roots and spices, macerated and distilled.

It can be enjoyed in many ways:

In 1605, the Duke of Estrees entrusted the Carthusians with a manuscript bearing a mysterious recipe made up of 130 plants that could give rise to an "Elixir of long life". For more than a century and a half, the Carthusians will develop this recipe which will give birth, thanks in particular to Brother Jérôme Maubec, to a final product fixed in 1764 called "Plant Elixir of the Grande Chartreuse".

It was quickly distributed as a care product to local populations, especially during the cholera crisis of 1832. Brother Charles was the first to market it in local markets, descending on a donkey from the monastery.

Since 1764, the recipe for the Elixir has remained unchanged.