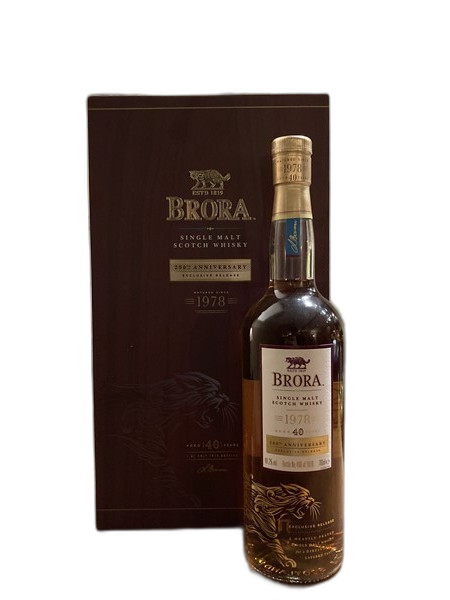 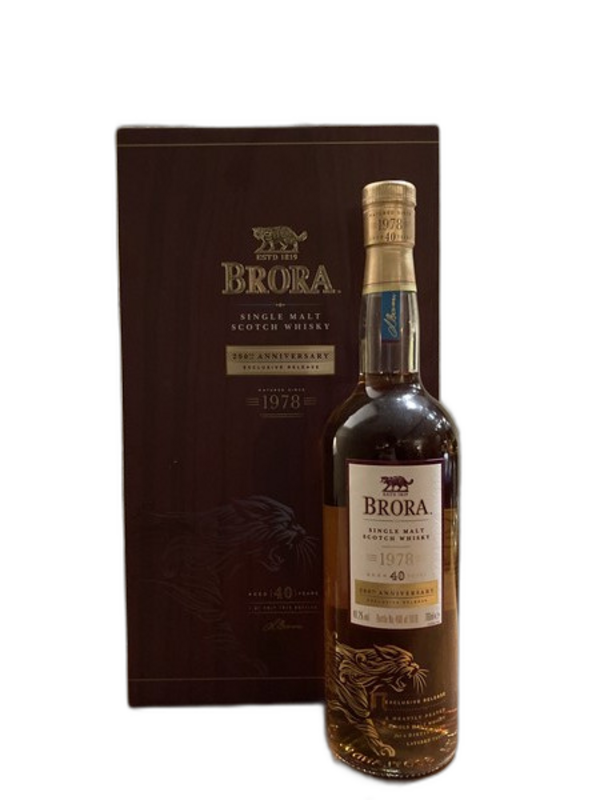 To celebrate the 200th anniversary of the opening of the mythical Brora distillery, the Diageo group has bottled 12 hogsheads from 1978.

1819 bottles were produced, representing the year of the distillery's foundation.

This Brora 40 years old is a whisky with a nose of dried fruits and warm wax. A nice finesse in the mouth. A great whisky !

The Brora distillery, formerly named Clynelish, was founded in 1819 by a businessman: George Leveson-Gower, Marquis of Stafford.

Located in the small town of Brora, on the east coast of Sutherland in Scotland, it quickly became very famous: its whiskies were among the most expensive and most sought-after in the United Kingdom at that time. They are very peaty, combining maritime and farm influences.

The distillery was bought a few years later by the James Ainslie & Co group. After a first closure in the 1930's, due to financial problems, the Second World War forced the distillery to close a second time because of a shortage of barley.

It closed in 1983 (it was thought that it would be permanent) during the whisky crisis.

As a phoenix rises from its ashes, the Diageo group has reopened it in 2021. To be continued...